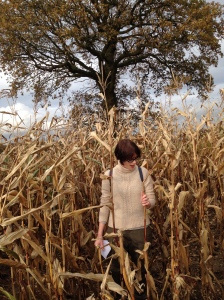 Welcome! I am Professor of Political Science and International Relations at University College London (UCL) and Associate Research Professor at the Peace Research Institute Oslo (PRIO).

Focusing on political violence, my research explores how states respond to opposition within their borders, the dynamics of violence in self-determination struggles, post-war state-building and wartime legacies, and geopolitical orientations in Russia’s near abroad. I draw on both quantitative and qualitative methods, including surveys and fieldwork in Northern Ireland, India, Guatemala, and post-Soviet states and de facto states. I am the author of Decentralization and Intrastate Struggles and numerous academic journal articles, as well as articles for a general audience.

I came to the Department of Political Science at UCL in 2009, where I co-founded the Conflict & Change research cluster. I am a core faculty member in the European and International Social and Political Studies (EISPS) program. Prior to joining UCL, I was Assistant Professor at Leiden University and a post-doctoral fellow at the Belfer Center at Harvard.

I am an associate editor at the Journal of Peace Research and sit on the council of the British Conflict Research Society (CRS).